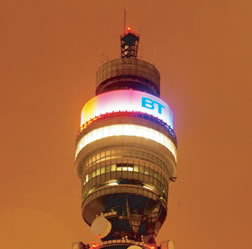 …suicidal young women clutching their faces in parks, by sleepless canals and rivers…pious Africans clutching gospels…city addicted to pleasure, mindlessly pursued, drunk, sniffed, consumed…the bleak street architecture of night, inky blue, hurting…rushing commuters are transmuted grey flesh, dead spirits, spectres…premier league footballers become merciless idols, emperors, as mercenary as medieval barons…picture the strike of all cleaners, we’d be dead in months…ex-teachers and businessmen they are, exiled by war and fear…a lighthouse in the city: where? hither, hither…close friends who killed themselves at university, battling with their sexuality, now demoralised by prospects of profit-propagation by psychopathic capitalist vampires…but loneliness is not the colour white. Hear me.

Why are they pulsing to and pursuing the same looped rhythms? They make them unhappy and now they cannot sleep, so they drink and score. Heroin and alcohol, which is the greater demon? Either presides, the latter a little more manichean, the former just plain evil, like brown rock, like pcp, crystal meth, all that rotten fucked up shit. House of Detention in Clerkenwell is one of the last survying sights of something called evil in older days…wandering demons and ghosts dream through us, reeking through the architecture, a different plane of existence…all hail this empire of sewers, London shiver.

Face quakes and quivers, closes like the heart. Vessels burst, onset of apoplexy.

“Londoners are just like rats. They climb over one another. You see the way they try to get to a certain destination, their meanness, the way they fight with each other, try to get to the top of the pile. What is their goal? It is to buy a very expensive car or to buy a swimming pool in their garden. Maybe they want to go on the most expensive holiday they can afford. It is all so blind. There is no morality to them” – minicab driver interviewed on p.75, Night Haunts, Sukhdev Sandhu.

Later: “What do I like best about London? Nothing. Nothing at all.” Cabbie is attacked, robbed, by the predatory rats and ghouls of underclass suburbs, neglected ghettos as familiar as media paedophilia scandals. The ghost architecture of a post-industrial river…high rise luxury prisons, brothels of stokebroker, banker, interior designer lifestyles…the poor are the soil, the shit, the exploited base of capitalism, a trade free only for the extremely rich and greedy, the psychologically primitive AKA privileged, the avant-garde homo erectus who ate neandarthals.

The hunter’s favourite creature is always the one he kills, more so than his companion hound or the way he treats his loved ones. Consider the greatest animal and bird collecters, Americans like Charles Willson Peale and the second Baron Rothschild. Peale loved nothing better than to shoot the birds he loved. Rothschild contributed to the extermination of Hawaii’s more naive creatures. Today they steal the last eggs of the last female of the species. There are always buyers, collectors who will kill for the last evidence of anything.

The computers are always on, the best workers never sleep you see…the flats become entertainment bazaars, playstations and xboxes, facebook, fridge full of cheap booze and microwave takeaway-imitation dinners…endlessly apologising, masochistically polite and self-effacing: you, and I mean you sah, madam, all those people you’ve ever known but never had the motivation or interest to get to know or understand: you deserve better than the anxiety you’re chained up in. You have the freedom to be good and beautiful, like all humans. For that, you need to be good to yourself, and nothing more. We have potential. Hence faith in democracies, education – and then the transnational bourgeois intelligentsia have the gall to talk about Enlightenment metanarratives ah mother.

Ach says the friar, the city is a sewer: weakness, addiction, fake stimulation, social inequality – this is what said friar sees conspiring the converging parallel lives that shrink into a whirling gyre, vortex perhaps or burning fire, fire. Others see bus routes, the beauteous and quietening settings of the Sun, mysterious faces, bland text messages…all people are Christ he says…especially the poor, the weak, the zombified junkie teenage sex workers…the pain…friar sees his prophet’s crucifixion…god of pain and ignoble suffering…spectre-deity sees all and does absolutely nothing in the city of the broken and the dying. This is the fate of the self-harming insomniacs, spent and thwarted lovers maybe, mostly molested, abused, messed, fucked up…pity the prayer of the damned. Ah city of dreadful night.

[Read Night Haunts: A Journey Through The London Night by Sukhdev Sandhu for more information…]