New piece to be featured in Anywhere Out of This World.

Sisters and brothers, we are the inheritors of nothing.

The map is not the territory. No, the map is either spent or a plain forgery by some vagabond monk with tremulous hand. Far too useful for any purpose now. You were drunk when I asked you to be serious, when we had to talk, all serious, about what the hell we were going to do with our loves, no I mean lives. What? You heard nothing. This city has devoured everything we used to think we were. I love it for that.

You skulk about avoiding all company with your drunken friends and your night song. Perhaps that space cannot be reduced to a written description, that it cannot be learned but must be met, experienced? It offers some hope then, but not enough, as space and passage are increasingly used to control us. Our world is designed for our ritual function, to maintain set paths. Schools are for obeying teachers and passing exams, supermarkets are for shopping, work is for obeying orders and earning enough to prevent eviction and starvation.

Space is coming under increased control and observation. We cannot afford to live in the city, and frankly we’d rather not anyway. We call for the creation of a new human nature in new cities, new arrangements of human beings. Below is a brief outline of our plans:

We ask the reader first: how would you create a new city? It is a difficult question, so perhaps we’ll begin by asking: consider the city you were born in or currently live in, or one you have known best. What are its major problems, its flaws? Huge or small? How would you improve these? What might be done, were the city to be rebuilt? 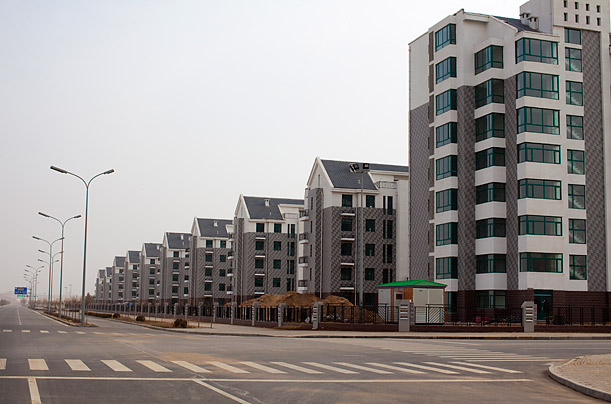 Consider Astana in Kazakhstan, or Shenzhen or Ordos in China. New cities are being constructed in China each year, and our question is timely. These are cities dominated by wide empty streets, carefully regimented areas of housing, bland glassy monuments concocted by Foster + Partners or their derivatives. These cities will continue to produce a type of human experience defined by productivity, computer-like working patterns and unparalleled depression and compulsive spending. We the dreamers must chart our own vision of the City in the face of these banalities.

We call for a new Citizenship. A new city must be defined by its citizens, who will participate in elections and governments out of random lottery. Citizenship is a value defined by caring for the stranger, supporting others in good and bad situations. It is an attitude of gentleness, a gentle civility. There will be a contract of citizenship that must be signed, requiring amongst other things that each citizen spend two full days in each month involved in charity or community volunteering. No-one is excluded from citizenship. Everyone is free to enter and leave.

Architecture is the most potent expression of human nature and social organisation, an art-form most universal to everyday living. Clear regulations and designs of urban construction are essential to the success of any city, compared to the failures of the 20th century. The new city must be composed primarily of small buildings in order for citizens to enjoy skies, clouds, stars, and ultimately not to feel insignificant or hemmed in. This is crucial. There will be small squares, large parks, and we will create competitions to produce the most outlandish and fantastical designs for our civic monuments and buildings. All styles are required, though special preference will be paid to Persian and Moorish forms. Our model will be the Elephant & Castle in London: this is how the city must not look.

We therefore call to the Architects and artists of the world to create us designs and proposals for new architecture, which will be decided by competition and voted on by the citizens.

The centre of the city will contain no shopping centres or industrial units, although these will be accepted in the outskirts. There will be no cars and a strict limit on supply lorries. Streets will be no wider than 2 lanes, affording a charming intimacy with the architecture and other citizens, with the majority of traffic being pedestrian, wheelchair, bicycle or tram. The new city will be defined by its trees, its cramped streets and intimate squares brought alive by music, its many rivers and parks.

Tourism is one of the major incomes of any city, and ours will particularly make best use of this revenue. Too many city centres have soulless metropolitan squares with locked parks or shopping highways. Instead, our centre will contain a large park at its centre, where public transport will terminate. This park will contain a large public lake with row-boats, alongside a number of hills offering city panoramas, picnic spots, playgrounds, farms, orchards, and a secret grove mythologising the idols/ideals of the city.

Another lake will possess a legend that encourages residents to throw in coins and confessions tied to stones. Above all, the city will be constructed for the walker of all abilities, with plenty of benches and accessible pavements for those with difficulty walking, and city-subsidised cafés and second-hand bookshops. There will be a free public bicycles scheme, and all public transport will be free. Multinational brands will be banned. 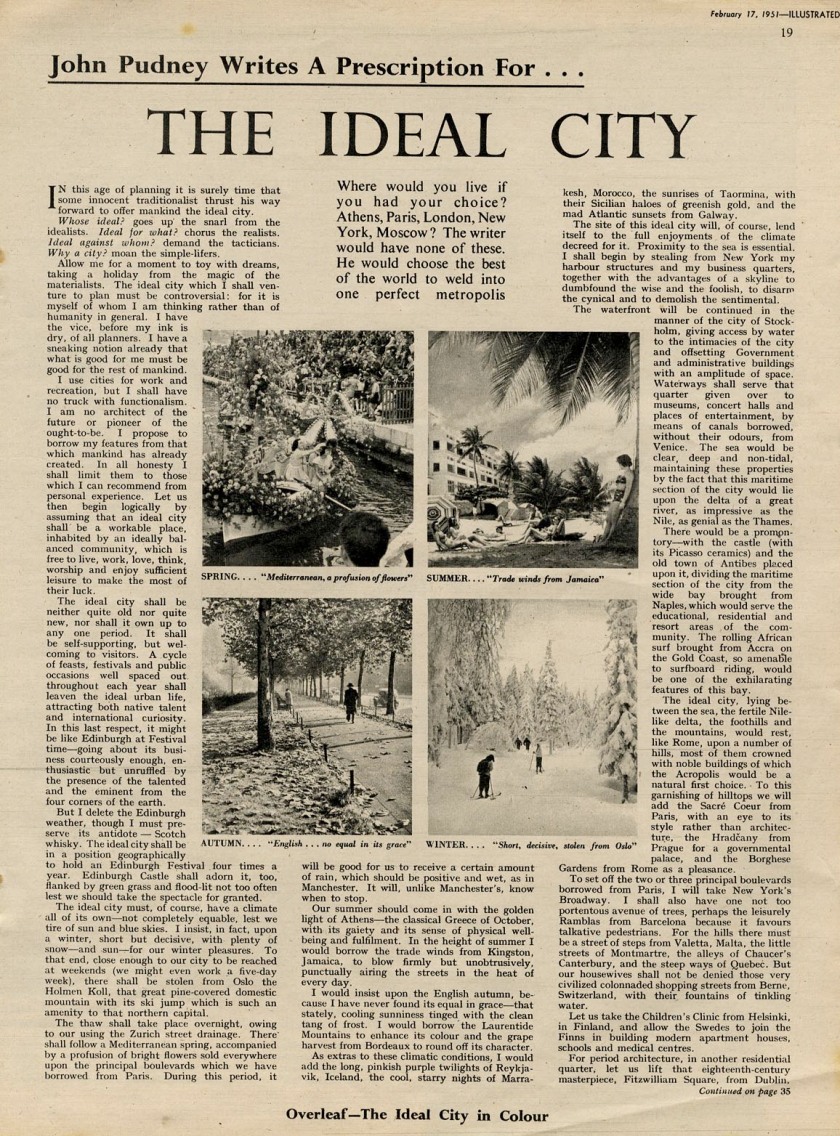 There must be a civil culture beyond public bins and street-lamps. We will place a strict limit on damask walls and chandeliers in yuppie pubs. Other civic constructions will include several city markets of global foods, vegetables and meats, boutique takeaways and art-stalls. Wi-fi internet will be available throughout the city.
Communal houses will be the dominant mode of construction and residency, over existing models of large housing blocks.

The city will be divided in rudimentary fashion into districts: a large forest quarter for recreation, encouraging also – in clearly demarcated parts – areas and special hotels for casual sex and medium to hard drug use, otherwise restricted in the city. These will be taxed, but it is hoped they will generate a major source of tourist revenue. Another quarter will contain the city’s university; another, its sports grounds. In one corner will a large park and cafes, where the citizens will play and rest. Another contains the majority of museums, libraries and civil institutions.

Another will be walled in and will allow of no citizens, it being a sacred space peopled only by statues, fountains and sacred monuments. The myths of the city will be powerful and maintained at lavish expense, with one day a year where some fortunate citizens will be picked by lottery to enter the sacred quarter.

Boredom and unemployment will inevitably become features of the city in hard times. To prevent this, the majority of justice expenditure will be on probation services, with ex-offenders working in community services. Repeat criminals will have their names changed and will be forced to move into another district of the city with strict limits on movement, and will be ejected from the city if offences continue. This disorientating move will provide the criminal with a back-story: by chance he may become a brain surgeon or a bin-man; he may have a family or he may have to take on a new sexuality; he may even become himself again.

Lack of community integration is one feature commonly identified in the majority of modern cities. Our cities do contain communities, but small ones defined by ethnicity and lacking in greater cross-cultural dialogue (although this is not as bad as right-wingers commonly make out). We will call on the artists to design new libraries and community museums. There will be regular community festivals and the celebration of pagan and mythological festivals. Bloc parties and carnivals will occur on a near-monthly day, in an effort to return to the debauched religious holidays and Fairs of the European middle ages.

These centres will advertise skill-shares and workshops that would coordinate some volunteering, as well as the use of community Timebanks. One strategy for facilitating free trade and friendships between citizens will be “stranger exchanges“, certain sites in the city where unwanted but usable items would be left, free for exchange with other items. 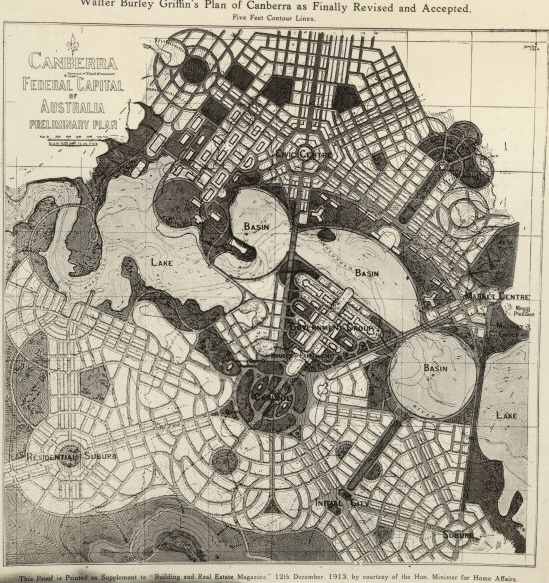 Shopping centres and religious centres will not be permitted. The new city has no need for divisive power-seeking fallacies. Only multi-faith churches might be permitted, out of respect for the citizens’ traditions, although these would be strictly limited.

What will be the city’s source of income? Revenues will be gathered by situating the city as an independent state, with a number of financial loopholes at first, its free and open borders, alongside lax rules against scientific research, especially in genetics. A large portion of the city’s expenditure will be on scientific and cultural research, defined by a large university in one quarter of the city. Other lucrative areas will be investigated – environmental sustainability technologies, cures for Aids, Alzheimer’s, Parkinson’s, as well as more general products like new pain-killers, or ways to alleviate menstrual pain. The city must be constructed on entirely environmentally sustainable lines, with full use of solar panels (our city will be built in a warm place with a beach, in order to maximise citizens’ pleasure and morale).

Our vision of the new city is impossible and clearly impractical. Other governments will infiltrate it and attempt to seize it. There will be no defence, except the viral nature of the new city – our model of the new city can be created at any place and at any time, even out of existing failed cities like Paris and London.

THERE ARE NO FREE SPACES LEFT IN THE CARPARK. EACH PEAIECE OF FORGOTTEN DETIRITUTS OR NATUIRAL COOINCEDIECE IS CLAIMED BY THE PROPERTY CHARMERS. The city is full of burnt-out men and women living in glass houses. Any kind of play is as puerile and feckless as failing to accurately recycle household excrement. Come with us. Let us consider a way out of this mess.

One thought on “Project towards the creation of a new city, by Dionysus the Stupefied.”