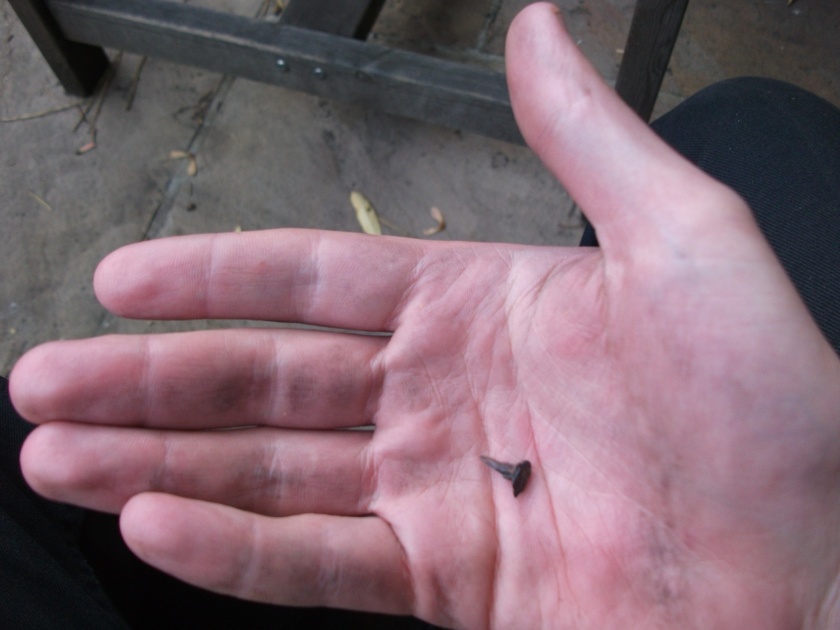 Another nugget from the devil, speaking in Dostoevsky’s Brothers Karamazov:

‘ “In accordance with some pre-temporal disposition of which I have never been able to make head nor tail, it is my function to “negate”, yet really I am of sincere good heart and am quite incapable of negation. “No, off you go and negate,” they say, “without negation there will be no criticism, and what kind of a journal would it be that had no ‘critical section’? Without criticism there will be nothing but a ‘hosannah’. But in order to create life a ‘hosannah’ alone is not enough, the ‘hosannah’ must pass through the crucible of doubt,” well, and so on, in that vein. As a matter of fact, I do not involve myself with all that, it was not I who created it, and I am not responsible. Well, and so they chose their scapegoat, compelled me to write in the critical section, and the result was life. Nous comprenons cette comedie: I, for example, quite plainly and simply insist upon annihilation for myself. “No,” they say, “you must go on living, for without you there would be nothing. If everything on earth were reasonable, nothing would ever happen. Without you there would be no events, and it is necessary that there should be events.” Well, and so on I drudge with unwilling heart so that there may be events, and bring about unreason by command. People think toute cette comedie is something serious, all their unquestionable intelligence notwithstanding. There lies their tragedy. Well, and they suffer, of course, but … all the same they live, they live in reality, not in fantasy; for suffering is also life. Without suffering what pleasure would there be in it? Everything would turn into one single, endless church service: much holy soaring, but rather boring. Well, and I? I suffer, but even so I do not live. I am the “x” in an indeterminate equation. I am one of life’s ghosts, who has lost all the ends and the beginnings, and even at last forgotten what to call myself. You are laughing … No, you are not laughing, you are angry again. You are eternally angry, you would like there to be nothing but intelligence, but I will tell you again that I would renounce all this empyrean existence, all these honours and ranks just in order to be able to take fleshly form in the person of a seven-pood merchant’s wife and set up candles to God in church.’ *

All things are in flux, but unfortunately the flow’s accelerating. The last 6 months have been devoted unreservedly to a job which is now very likely to end. Being successful in an organisation doesn’t just involve being effective at the task in hand. This could be a chance to rest, look after myself a little, spend 12 hours a day working on one’s art, happiness, or one’s very life as a project…. Just need to find a patron or benefactor first.  Back into the same old different water.