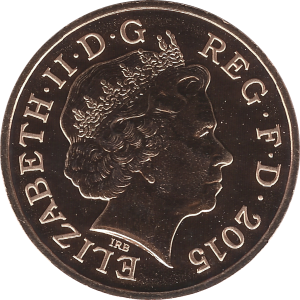 No, the system is not good. I’ve seen a lot of people get worse when they get here. There is nothing for them. They come into the system, and they are here for years… You see [Mr Z], he was at [a nearby homeless hostel] a few years ago, a mental health place, then he went to [another hostel]… in the last three years he has gone really downhill. He used to have cereal! He used to talk to us. He would look you in the eye, talk to you for hours, he was a real character. He would go out, look after himself, cut his beard, can you imagine… Then they put him in [a local large homeless hostel], a ‘wet’ place… and he started drinking with all the rest. And they do nothing each day there. Now, here, it is sad… you see him, he is like a ghost. Looks at you in the eyes, but sees nothing. He’s gone. The mental health drugs he is on are very strong. But it’s not just that. And there’s others like him, I don’t need to tell you.

The system just lets people vegetate. They come here, get their benefits, their rent paid. They take drugs… but there’s nothing else to do. They are just allowed to self-destruct. Maybe it’s democracy, freedom… they have a choice, right? They have human rights… But they don’t, it’s no choice at all. Maybe the administrators, the management, they make out like it works. “This year we’ve saved x thousand pounds, we moved on these people…” to another hostel down the road, where they keep drinking and using. “This year we completed x thousand client actions which improved their wellbeing and gave them opportunities…” No. It doesn’t work like that. And we see that. They are coming here and doing nothing. The ‘end of the line’ some of the clients call it, you’ve heard, right? But we’re also trying to survive, and we play the game too, record the contacts, make out like it all works fine. With their benefits and their begging, they are making more money than you and me, my friend! My word.

I’ve seen this over four or five years since I been here. It’s sad. I seen young people come in and out, they go in enthusiastic, wanting to make change. Then they get exasperated when that doesn’t happen. Because these hostels are not places where people get better. You see them come in, they are using but maybe they are OK… and soon they get worse. People have been going around them for years. Like [Mr Y], his wife left him, he came in a drinker… then he got into drugs, here, hard drugs. And he couldn’t handle it, and he got worse. And he died, last year. Overdose. There could’ve been another way.

There is no incentive to get out. Nothing making them do anything except slowly kill themselves. It’s a Victorian solution… take the poor, give them just enough to live, lock them away somewhere. We put a label on them, like “junkie”, “addict”, or “benefit scrounger”, “criminal”, so that we think we are different from them, that they caused their own problems. The prisons are like this too. Yes, there’s been something traumatic in their lives maybe. But this capitalist system, it exploits people… and there are so many who don’t fit in. They cannot ‘participate’ in the economy… well, what does that mean? They cannot make money for somebody else. So they are here, slowly getting worse. Hiding the problem away. So many people are apparently superfluous to our society, so we hide them away, lock them away. We should be doing much better than this… for them, for the community, for the government. So much money is being spent on benefits even, to places like this. And for what?

What would I do? I would take them out of here. Out of London, out to the country. Among nature, where there is chance to farm, to work with their hands. Being absorbed and focused on something positive and creative that takes them out of themselves. Gives a sense of work, and pride. Achievement. Being the originator of something good outside of yourself. Away from all the drugs and violence and pollution and unfriendliness. London! It is true what they say about it. No, they should go to a place where they have to take part in doing things, building up a life separate to all that escapism in drugs. But then they are saying “give them choice”, it is a democracy, right? Ha ha… There isn’t much choice at all.

I don’t want to make you depressed! You are young… But I see this. And I don’t know what the answer is. I still don’t, even now. But none of this works. But it’s made out like it’s a solution. There has to be something much deeper. Social and political. A total transformation. But that’s for your generation, my friend.