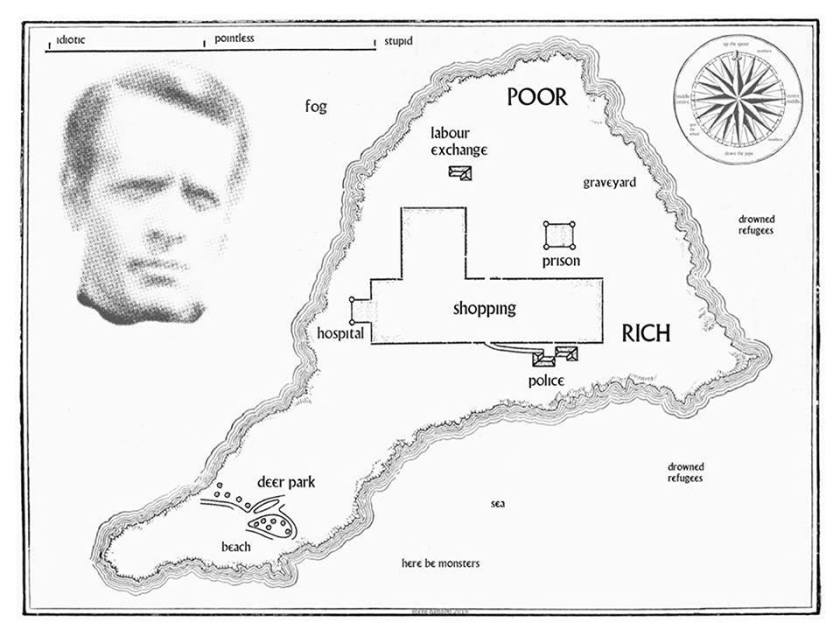 The United Kingdom appears less politically or socially stable than at any point in living memory. The confusion caused by a seemingly impossible Brexit vote has left the island with no obvious political direction or gravity. Incoherence is the watchword of the moment. The feeling of defeat that was so palpable in people’s conversations and gestures two years ago during the journey of Island Story repeats itself: failed promises, broken infrastructure, the universality of public dishonesty, and the retreat of many back into familiar pessimism and frustrated anger.

High time to hit the road then. Over ten days I’ll be cycling through and giving talks in Nottingham, Wakefield, Sheffield, Manchester, and Liverpool. Findings from Island Story will be contrasted with talk of today’s politics of island identity. These will be lively, open discussions, and I hope for open-minded participation. All events are free.